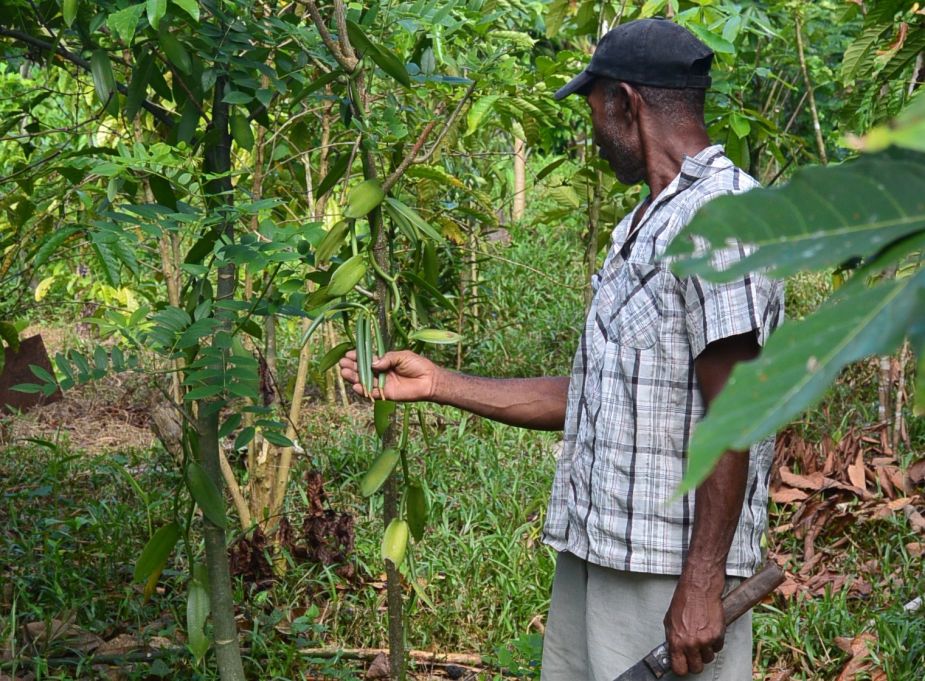 Conservation vs. farming: A shared vision for land in Madagascar

02.09.2020 // Autrice: Anita Makri
Farmers on the island nation face conflicting demands often shaped by global forces. Can they work through discord and reimagine a future for their land?
8 Decent Work and Economic Growth
15 Life On Land
1 No Poverty
17 Partnerships for the Goals
12 Responsible Consumption and Production

It’s no secret that over the years, the global push to protect land rich in biodiversity has sometimes come into conflict with local communities that rely on nature to make a living.

As the country’s protected areas quadrupled between 2003 and 2016, land restrictions for conservation added to other problems – such as a lack of well-functioning irrigation – that limit their capacity to grow staple crops such as rice.

“I see that the farmers are struggling due to the different restrictions on use of land, for example the implementation of protected areas,” says Ntsiva Andriatsitohaina, a scientist at the School of Agronomy at the University of Antananarivo. “But really the problem is also the lack of infrastructure.”

Andriatsitohaina coordinates a research team working to help farming communities in Madagascar not just to cope with those challenges, but to imagine a new future for their land – and to do that in dialogue with partners who often have different priorities.

“I see that the farmers are struggling.”

The island nation is an example of how global forces, whether biodiversity protection or market prices, can come to overpower local motives that drive how land gets used. And this has knock-on effects on both people and ecosystems.

Scientists use the term ‘telecoupling’ to describe this type of long-distance connection between ecological and social systems across the world. The effect is also linked to globalisation, where decision-makers get to shape ecosystem services remotely – too far away to be touched by the local fallout of their decisions.

In the region of Analanjirofo, that fallout comes in the form of a short supply in arable land that leaves farmers constantly looking for ways to secure a food supply.

But it gets more complicated than that.

To get to Morafeno, a village of just over 600 households, you have to travel on foot. The area is hilly with no infrastructure for irrigation, and villagers are used to growing rice with shifting cultivation – a practice now banned by conservation rules.

That often means not having enough to feed the household. And in Madagascar, that’s a problem. “We eat rice three times a day,” says Andriatsitohaina. “The land the farmers have, they think it is not sufficient for their subsistence needs.”

For a solution, Morafeno’s farmers turn to agroforestry: growing cloves and vanilla. These can bring in income that tops up the rice supply for the family and enables them to purchase consumer goods or invest in infrastructure.

But there’s a reason shifting cultivation takes centre-stage in this conflict between conservation and agriculture. The method involves clearing land temporarily, then moving on to new plots. And it’s a driving force behind deforestation in this remote part of Madagascar – precisely what conservation rules are there to address.

Picture 1: Burnt plots for shifting cultivation on the road to Beanana.

At first glance, agroforestry seems like a win-win. It helps farmers adapt to the shortage of land, restores soils back to health and boosts income.

And it’s a move sometimes encouraged by another form of ‘telecoupling’: a healthy global market that ensures enticing prices for the cash crops. It wasn’t so long ago that a gram of vanilla was worth more than a gram of silver – a price boom that left a mark on Madagascar, which supplies 80% of the world’s natural vanilla.

“From an external perspective it’s a good adaptation,” says Andriatsitohaina. But for the farmers it’s both an opportunity and a constraint.

Being self-sufficient is important. “If I was able to grow my own rice during the year, I will be so satisfied,” explains Andriatsitohaina. “Because it’s my own rice, and I won’t [worry about] when and where should I find money to buy [more].”

Mapping out a new vision

It’s far from easy to reconcile the different demands for communities’ development and the health of ecosystems. And it’s not just up to farmers. Once controlled by the government, Madagascar’s protected areas are now managed in collaboration with NGOs and other partners, including local people.

That’s why Andriatsitohaina and her colleagues are now focusing on getting everyone around the table to come up with a shared vision for using the land. The participatory project, called PLUMALA, is supported by the r4d programme, a joint initiative by the Swiss Agency for Development and Cooperation and the Swiss National Science Foundation.

“We are going back to the villages, and we want to [develop] ideas on how to use their landscape in the future,” says Enrico Celio, a senior scientist at ETH Zurich’s Institute for Spatial and Landscape Development who coordinates the project.

The research covers rural communities in four villages far down the north-eastern tip of the island nation.

“You see, for example, here, a strong trend towards the agroforestry system,” Celio says as he points at online maps showing parcels of land in different shades of green.

These mapping snapshots show that over the years, the lighter shades are set to expand if agroforestry continues to stretch into forest, or into areas previously used for shifting agriculture.

Picture 2:Discussion about land use maps based on scenarios with stakeholders.

For the team, the snapshots are also a starting point to get farmers thinking about how they want to see the region’s landscape to develop – a process due to begin when pandemic restrictions allow. They call it ‘visioning’, and it builds on maps they produced to assess how the land has been used in recent years.

A new path on common ground

Next, the team plans to hold discussions for partners to work back from that joint vision and lay out a path that gets them there. Then in the final step, this will be translated into concrete measures – what needs to happen when – to make that path a reality.

For the changes outlined by the participatory process to have a chance of success, it’s vital to keep active links with local policymakers and other groups with a stake in how farmers’ fields are used, such as conservation NGOs. It’s also crucial to take government rules and regulations on board.

The mechanisms for collaboration are a work in progress. The partners are many, and their time is in short supply. Then there’s logistics: it’s a long way from the capital to the remote region where the research is underway.

But the team has a head start, having developed links with various groups in the field since PLUMALA’s parent project began in 2015. Overall, that work covers three countries – Myanmar and Laos as well as Madagascar – and is made up of three stages or ‘work packages’ that began by producing maps of each country’s land-use history since 2000.

The second stage focused on creating scenarios for how land use could change in the future.

Reflecting on the process is the final stage: how best to enable learning, what works well and what doesn’t, and how the knowledge produced can stay with those who can use it.

The PLUMALA project now builds on those foundations. Whether this involves leaving behind rice in upland areas or shifting cultivation in favour of agroforestry is an open question. It’s not about having a scenario set in stone: the project is a chance to take charge of what happens next. “A key word of PLUMALA is ‘planning’,” says Andriatsitohaina. 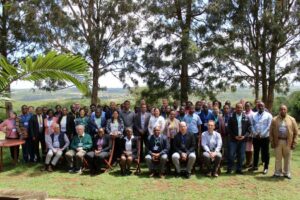 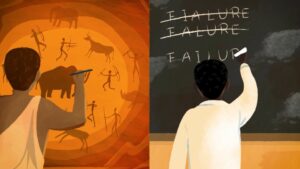